After being convicted of rape and sentenced to 15 years in prison, recalcitrant husband had refused to grant wife a divorce. 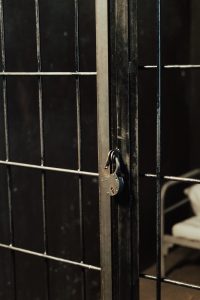 Earlier this year, M was captured and placed under arrest for sexual assault of his daughters and two other girls. His wife, Y, had hoped that the arrest would provide her and her family some degree of closure and allow her to be granted the divorce she had been demanding for years.

But M’s abuse of his wife seemed to only intensify with him behind bars, and he remained steadfast in his refusal to grant her a get (writ of divorce.)

In numerous hearings before the Rabbinical Courts, M, who was already imprisoned and thus had little to lose, maintained that he would continue to refuse to issue the get unless he was afforded favorable judicial decisions. Six months ago, he was sentenced to 15 years imprisonment for his crimes, but continued his adamant get refusal stating that he was opposed to Y being able to pursue a relationship with any other man.

At that point, Y turned to the Ohr Torah Stone network’s Yad La’isha Legal Aid Center , which represents the interests of “trapped women” (agunot) who are being refused a divorce by their recalcitrant husbands.

Dvora Brisk, the Rabbinical Court advocate who handled the case, quickly recognized that traditional legal pressures used against get refusers – such as limiting their travel or financial freedoms – would have little impact on a man who was already in prison. She therefore requested that the courts impose sanctions related to M’s imprisonment, including forbidding him from receiving visitors, receiving or keeping books, and even purchases from the prison canteen.

With the case scheduled to go before the rabbinical court this week and M’s recognition that the judges were likely to approve Yad La’Isha’s recommendations, M finally issued his wife the long-awaited get.

Pnina Omer, Director of Yad La’isha said, “It’s inconceivable to think that a woman could remain held hostage by a man who is literally a convicted rapist. The get refusal in this case is nothing more than a clear continuation of his abusive behavior and a perverse desire to punish the woman he married. The use of the get as a bargaining chip is something which should never be allowed to occur, either in Jewish law or modern society, and we need to do everything in our power to prevent similar cases in the future.”