‘My election promise not to sit with Lapid was a mistake’

Prime Minister Bennett hints at efforts to avoid evacuation of Homesh, faces harsh criticism over formation of government with the Left. 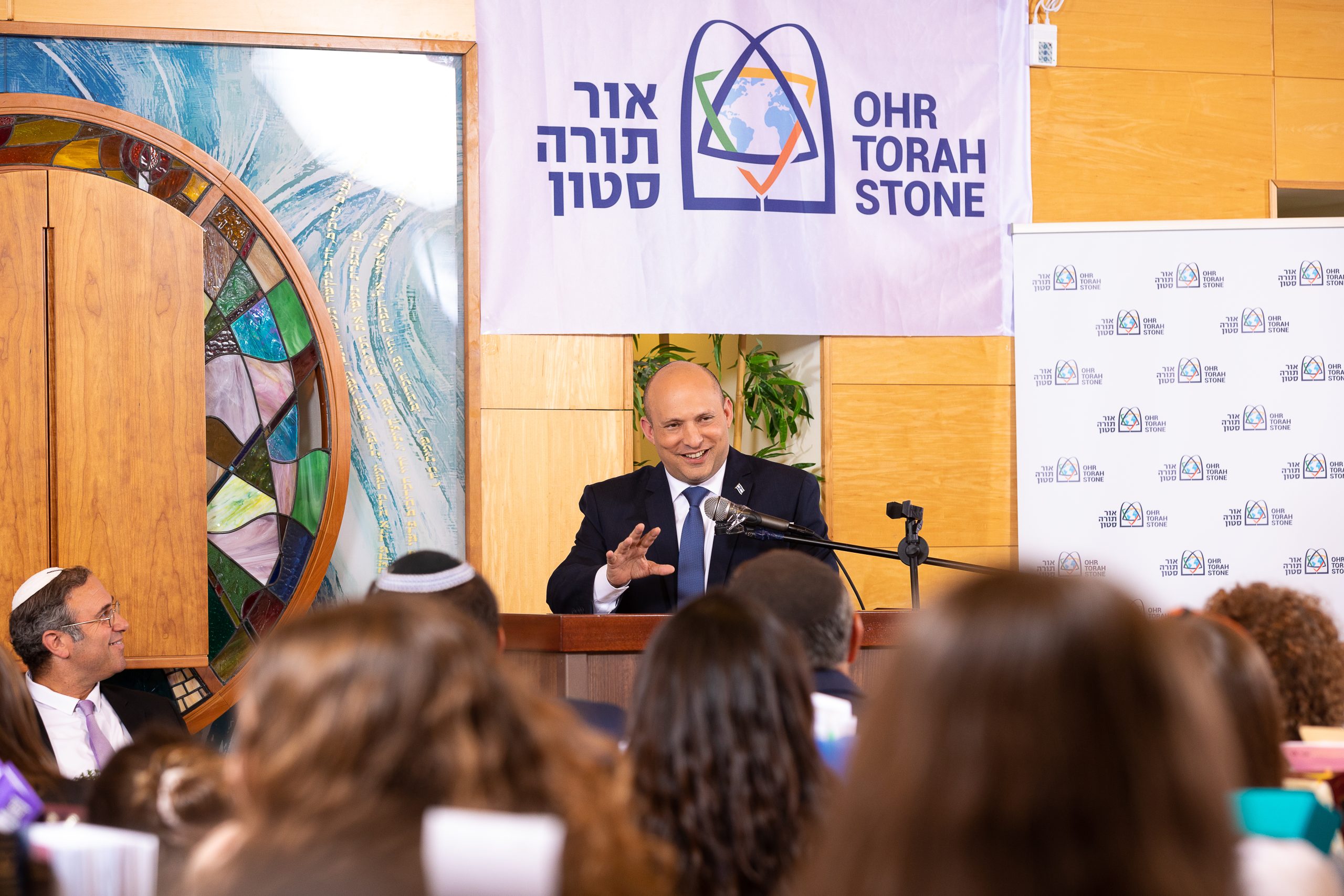 “The greatest threat we face, more than Iran or Hamas, are these internal hatreds within our society. Those schisms reduce our ability to deal with other challenges, ” Bennett said addressing the hundreds of young women who attend the seminary as well as friends and supporters of Ohr Torah Stone.

In his remarks which lasted well over half an hour, the Prime Minister highlighted the role that the young women attending the seminary have in addressing and attempting to overcome challenges in a bid for communal and national unity.

In a question and answer session which followed his remarks, Jessica Caminker from Detroit, MI asked the Prime Minister what advice he would offer to those of them who would be encountering anti-Israel activities on their university campuses when they return to their home countries after completing their studies in Israel. 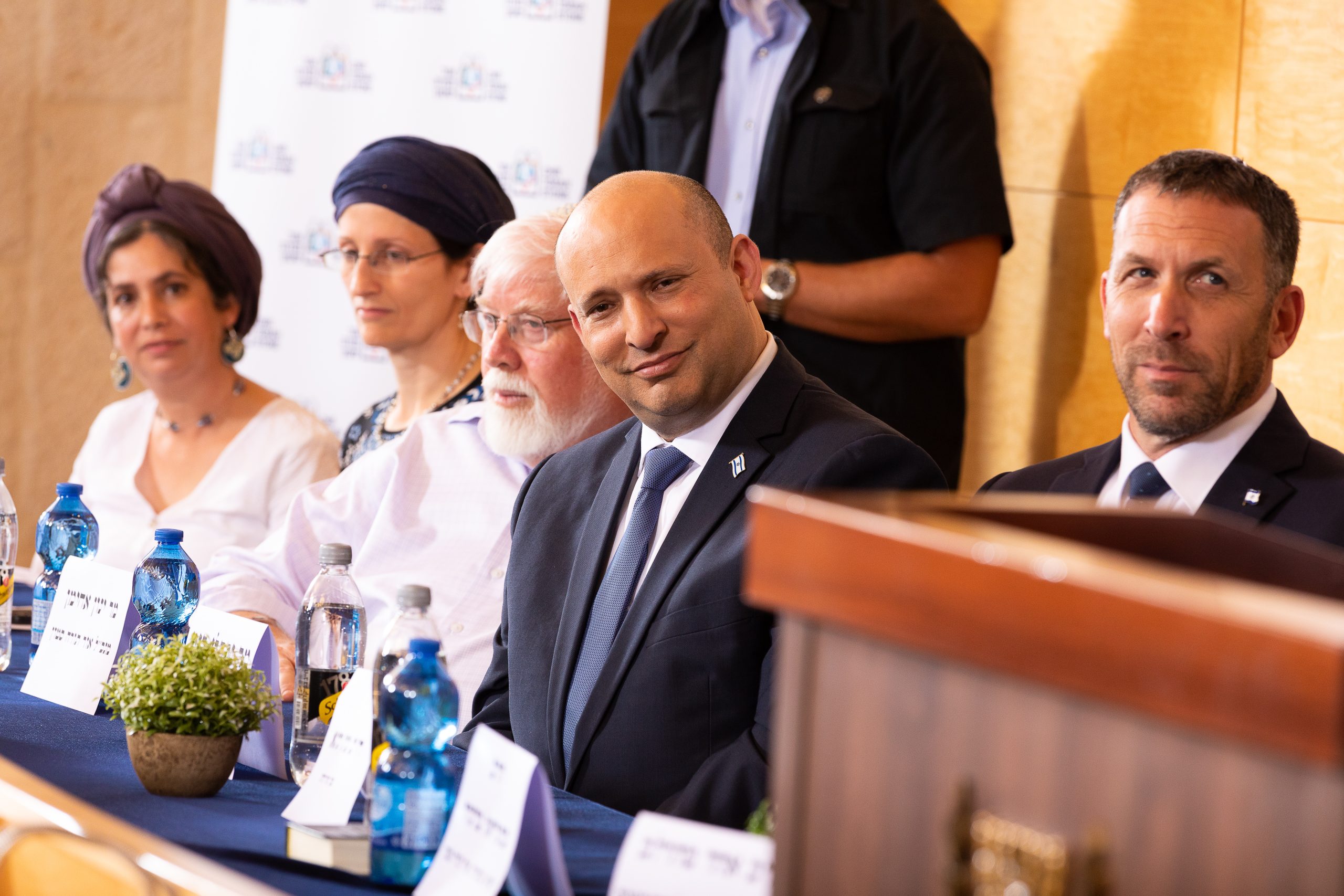 “First of all, don’t ever apologize for Israel. Stand up for Israel. What’s going on out there isn’t real dialogue but is blatant antisemitism and you need to stand up and be proud,“ Bennett answered, encouraging all the foreign students to consider aliyah to Israel as the ultimate expression of support for the country.

When other students challenged the Prime Minister for deviating from commitments he made during his election campaign, Bennett conceded that while he doesn’t apologize for the structure of his current government, he does regret making certain promises about who he would ally himself with. “With this government I decided that we would put ideological differences aside and focus on building a better nation.”

Ohr Torah Stone President and Rosh HaYeshiva Rabbi Dr. Kenneth Brander welcomed the Prime Minister and Deputy Minister of Religious Affairs Matan Kahane saying, “Over the past year as Prime Minister you have chosen to stand up against political and communal pressures in hopes of discovering the common denominators that can better unite our society. You have challenged us to choose unity over division, even though it is hard to maintain, and we view this as a critical educational lesson to share with our students.” Addressing the student audience composed of hundreds of young women, hailing from both Israel and across the Diaspora, Rabbi Brander added, “You are all truly privileged to be in the presence of an Israeli Prime Minister and see firsthand how Israel’s leaders care for all of humanity and those are the messages that you can take back to your communities and universities.”

“The chance for our students to hear from Israel’s political leadership and to be able to speak to him, and even challenge him on key issues, is something which I know these young women will remember for many years to come,” added Rabbanit Sally Mayer, Director of Midreshet Lindenbaum. “They all came out of this evening with an appreciation of the key roles they have to play in our Jewish community- both here in Israel and wherever they will find themselves in the years ahead.”

Shira Barzilai, who represented the student body in addressing the Prime Minister said, “We are deeply thankful to you for choosing to come here to our seminary which each and every day provides us with the chance to learn and live in this city which means so much to our people and our traditions.”