Among the thousands of Ukrainian refugees who have fled their war-stricken hometowns for new lives in Israel are countless stories of painful loss combined with the hope for a better future. But one young woman’s experience in particular highlights the scope of despair presented by this crisis – as well as the remarkable compassion and support she has received since arriving in the Jewish State as the latest member of Ohr Torah Stone’s Darkaynu program.

Risha was also born into a life of poverty. Her mother, who already had several other children, died during the birth of Risha’s younger brother, and her father was also an alcoholic who couldn’t take care of the children. With no other family support network, Risha spent most of her life in a Chabad-run orphanage facility in Dnipro, Ukraine. 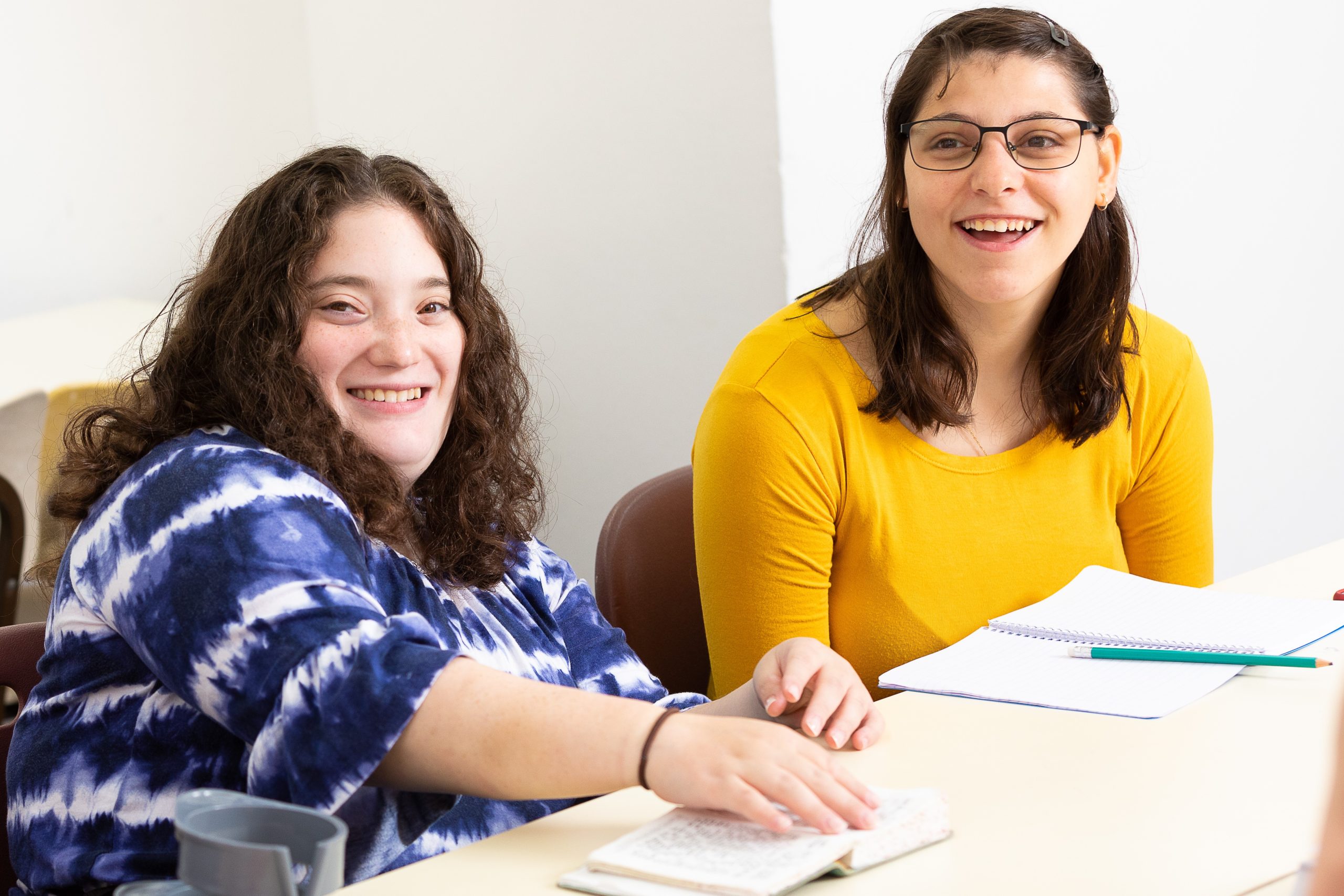 Sora Doba, a Chabad emissary who runs the orphanage and has thus been with Risha for much of her life and says that the young woman’s life has been one of many challenges and hardships. “She knows that she is loved and cared for here. But her challenges have always left her feeling a sense of undeniable loneliness.”

It was the Russian invasion of Ukraine which gave Risha the opportunity for a new start. Relating her story, Risha says that in the early weeks of the war she was told that she would be leaving the orphanage for a “safer place”, though she doesn’t recall being told where they were headed. It was only once she was onboard a flight, accompanied by three other girls and a rabbi from the orphanage, that she was excited to learn that their final destination was Israel. With the help of another Chabad emissary, Risha was referred to the Ohr Torah Stone organization’s Darkaynu program, an educational and social program for young adults from the Diaspora with special needs. While Risha doesn’t know how long she will ultimately stay in Israel, she plans on returning for the full year experience with Darkaynu next year, and feels happy to be around other girls and far away from the war zone. She says that she particularly enjoyed spending Yom Haatzmaut in Israel, especially the dancing and prayers that came with it.

For Elana Goldscheider, founder and director of Darkaynu, Risha has been warmly welcomed to Israel and was quickly embraced by the other students. “She’s been such a wonderful addition to the Darkaynu family. Everyone loves her and wants to be her friend. Her personal story and her desire to build a better life for herself inspires each one of us, and the truth is that as much as we are giving her, she is giving us so much more.”