Menu
Donate
עברית
Bringing the Holidays to the People

Bringing the Holidays to the People

From Rosh Hashana through Sukkot, as Jews of all backgrounds seek meaning and opportunities to connect, the Jewish cultural coordinators of OTS’s Yachad Program for Jewish Identity run a range of inviting events which attract tens of thousands of people of all ages. “A secular couple came to hear shofar blowing in the park,” relates Tal Brill, the Yachad Jewish cultural coordinator in the city of Pardes Channa. “They had made aliya from North America, but as musicians they had lived all over the world. As they heard the first blasts, the wife began to cry. It turns out she had never heard a shofar before and as she recounted later, it simply stirred something in her soul…”

In the sunny resort town of Eilat, a young couple thanked Yachad coordinator Edna Loewenstein for enabling their children to hear the blast of the shofar at their local park. “It was their kids’ first time. They were so moved that they asked for a blessing, and when we started to recite the Priestly blessing other parents joined in as well,” Loewenstein recounts. “It was indescribable.”

Herzliya’s Jewish cultural coordinator, Ada Erenwald, describes how she coordinated shofar blowing in a large park surrounded in circular fashion by tall apartment buildings – a brand new, recently populated project. “When we started the blasts, the kids and parents surrounded us, so we didn’t even realize that all the residents had come out on their balconies until we finished and they all started clapping and singing. A little boy named Amit asked me if the entire world had heard our shofar blasts, and you know what? I felt as if they actually had.” 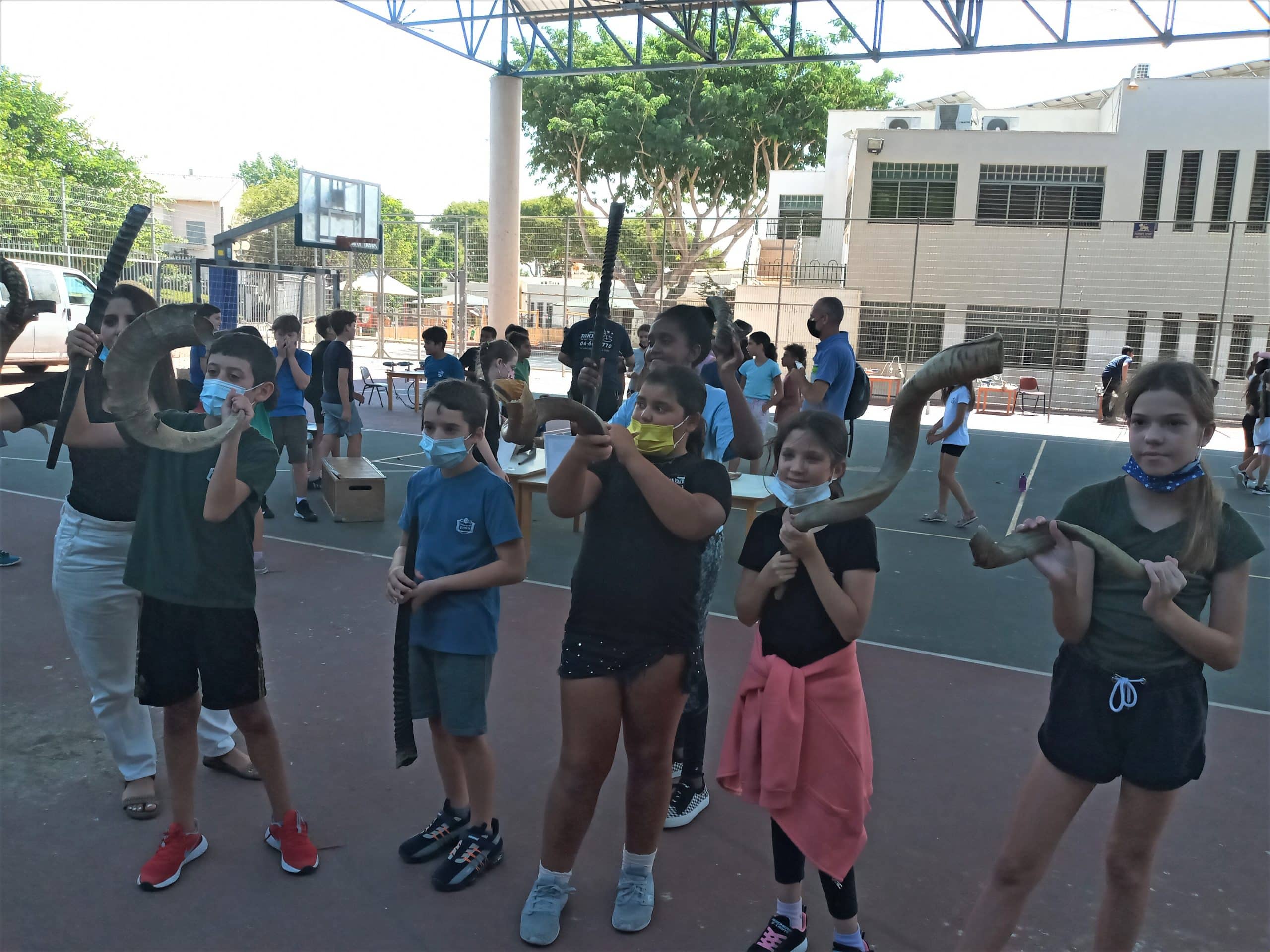 These are just some of the accounts shared by the Jewish cultural facilitators from OTS’s Yachad Program for Jewish Identity from this year’s “Shofar in the Park” initiative, which was run for the sixth year in a row, attracting some 22,000 Israelis to 250 locations on both days of Rosh Hashana. The initiative, run in partnership with the Tzohar organization, brings the shofar out of the synagogue and makes it accessible to everyone, complemented by interactive learning activities for children and adults in Hebrew, Russian and Amharic.

“This program is so important for tens of thousands of Jews across Israel who yearn to connect to their Jewish roots,” expolains Rabbi Shay Nave, director of the Yachad Program. “Hearing the shofar is an important experience for Jews of all backgrounds, religious and secular alike, and an opportunity to be a strong link in the Jewish chain.”

Building Welcoming Spaces to Connect with the Jewish Spark

Yom Kippur programming brought approximately 40,000 people to 371 locations across Israel including secular kibbutzim and settlements from the northern border with Lebanon to the southern border with Gaza. Services, which were held in community centers and outdoor spaces, were designed to empower Israelis unfamiliar or uncomfortable with synagogue prayer to experience a meaningful Yom Kippur.

“The Yom Kippur for Everyone project is great, because so many secular Israelis really thirst to connect on this day, but do not feel comfortable attending synagogue, for a variety of reasons,” remarks Lotan Fachi, the Yachad Jewish cultural coordinator in Azor. “There was an amazing feeling of excitement, connection and unity. It was a simply wonderful sense of really connecting people to their Jewish spark and strengthening our sense of community.” 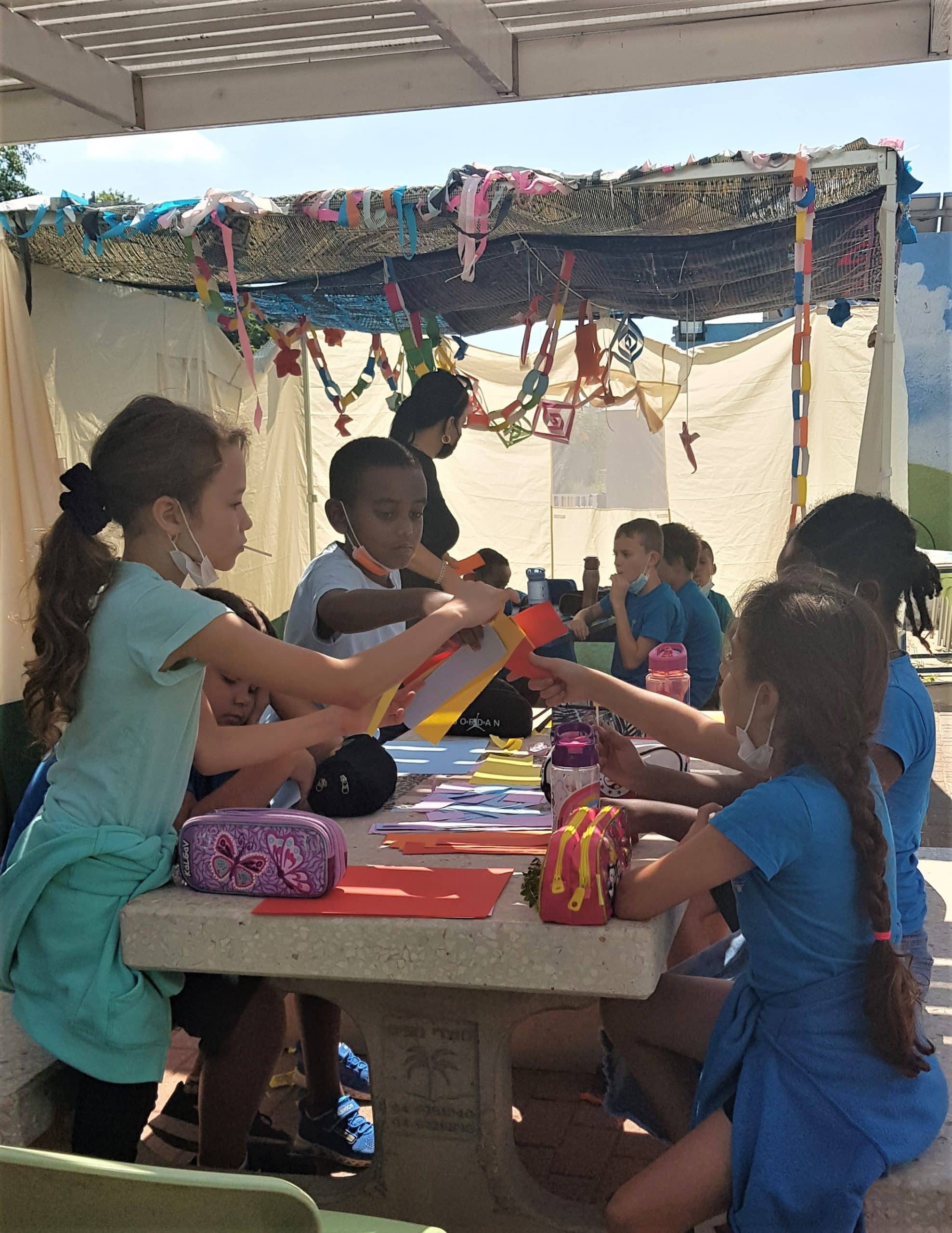 Following the High Holidays, the Yachad coordinators got to work exposing Israelis to the themes and customs of Sukkot by encouraging them to help build communal sukkot, running sukkah decorating workshops, Sukkot-themed scavenger hunts and Kahoot games, children’s plays, community concerts, classes, singalongs and Kabbalat Shabbat in the sukkah. Neighbors who did not know each other previously broke bread together and shared meals and conversation, as others enjoyed the opportunity to experience the mitzvah of making the blessing on the lulav and etrog, the festival’s main symbols – many, for the very first time.

“I returned home filled to the brim with knowledge and joy,” said Doron Suissa of Jerusalem. “You gave us food for thought which truly enriched our holiday, and enabled us to understand the true meaning of ‘vesamachta bechagecha vehayita ach sameach‘ – ‘ You shall rejoice on your festivals​ and be fully happy.”