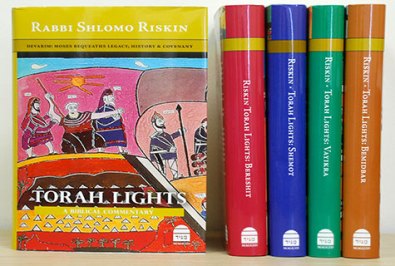 “And no prophet will ever arise for Israel like Moses, who knew God face to face…and who operated with a strong hand and a great awesomeness before the eyes of all Israel. –Deuteronomy 34:10, 12

All of Israel reads publicly from the Torah the last lines of the book of Deuteronomy onShemini Atzeret-Simchat Torah, words with which our biblical text records Moses’s death and burial, words which are chanted by the Torah reader to the same hauntingly sad/somber cantillations and cadences which accompany the biblical readings on the Days of Awe.

Does it not seem ironic that just on the day all of Israel is joyously celebrating another year of having concluded the public reading of the entire Pentateuch, we must mournfully and even tearfully commemorate the death of the individual who imparted to us God’s Torah in the first place? Why mar the heady and ecstatic joy of our rejoicing over God’s gift with a memorial for the greatest human being who ever lived?

And the Simchat Torah reading raises yet another jarring element. At the conclusion of the book of Genesis, we read of the death of Jacob, patriarch of the twelve tribes (Gen. 49–50). And, fascinatingly enough, the account of Jacob’s death is not at all mournful or sad; much the opposite, the picture is one of Jacob gathering together the twelve heads of tribes-to-come, blessing each with an appropriate reference as to the future functions and accomplishments of his progeny, followed by a description of a retinue of children and grandchildren who journey to Israel to accompany the body of their paterfamilias to his final resting place in the Cave of the Couples in Hebron.

And this reading of Jacob’s passing is chanted with the regular cantillation melodies; it is not accompanied by the somber cadences as is the death of Moses.

Indeed, Father Jacob has triumphed over the Angel of Death: “As long as his children live , he too lives,” declare our sages (Ta’anit 5b).

As an added confirmation, this first book of the Bible records in its very last words the death of Joseph, and his request of his brothers and children that one day, when they shall certainly be freed from Egyptian exile and servitude and brought home to Israel in accordance with God’s promise, they take his bones with them to the Jewish homeland of Israel.

Yes, Jacob-Israel leaves behind a grand army of descendants who will hold aloft the torch of Abraham’s Covenant, who will continue to play the Unfinished Symphony which is the song of the Jewish people from generation to generation. The family of Israel lives and our fathers (Jacob on earth, God in the heavens above) also continue to live, in the eternity of our peoplehood, in the continuity of the Jacobean seed.

How alike but how different is the account at the conclusion of this fifth book of Deuteronomy! On the one hand, the two conclusions are parallel: Genesis recounts the passing of Jacob-Israel, Deuteronomy recounts the passing of Moses; Jacob-Israel blesses each of his twelve sons before his death and Moses blesses each of the twelve tribes before his death (Gen. 49:1–28, Deut. 33:1–29).

But here the parallelism seems to end. After blessing his sons, Jacob dies regally, triumphantly, surrounded by adoring descendants, seeing in his soul’s and mind’s eye his extension into the future through the progeny he has borne and nurtured; his beloved son Joseph “fell upon his father’s face, wept over him and kissed him” (Gen. 50:1), and all of Jacob’s continuators buried, eulogized, and mourned over their Abba and Sabba; indeed, the whole of Egypt wept over Jacob for seventy days (Gen. 50:3–4, 7–13).

Moses, on the other hand, concludes his blessings over the tribes, after which he ascends from the Valley of Moab up to Mount Nebo – alone. He takes a look from there at the entire expanse of the Land of Israel, sworn by God to be given to Israel, but now tantalizingly withheld from Moses’s entry or even burial within it.

It is there atop Mount Nebo that Moses dies, longingly looking at the goal which is beyond his grasp, although he is yet in full strength and vigor; and Moses dies alone, in a strange, gentile land.

No family member closes his unseeing eyes or kisses his lifeless face. No child or grandchild lays him to rest in his eternal home; indeed, the place of Moses’s burial is not known to this day. How can we explain the fulfilled and majestic passing of Jacob in contrast to the frustrated and lonely passing of Moses?

Perhaps the key to understanding lies in the respective character, function, and sobriquet of each of those two giants:

Jacob-Israel was a father and grandfather, Yaakov Avinu and Yisrael Sabba, the patriarch of a family of twelve tribes.

Moses was a Master Teacher, a Rav Rabbeinu, and Master Prophet, the forger-architect of the Nation Israel.

Jacob-Israel is a very human being, who enters history as the grandson of Abraham, path-breaking discoverer of the one and only God of the Universe, whose challenge to the first patriarch is to forge a family which will recreate the world into a universal community dedicated to compassionate righteousness and moral justice.

Jacob wrestles with the challenges of his being both a grand-son as well as a grandparent, of his being a model for his descendants at the same time that he must manage his own temptations, jealousies and peccadilloes, of his having to struggle with sibling rivalries – his own as well as his children’s – of how to achieve peace with his father (who he believes wronged him by rejecting him, and whom he wronged by deceiving him), and of how to be worthy of the love and respect of his children (who seem hopelessly embroiled in internecine conflict chiefly because of the blatant favoritism he, Yaakov, lavishly displayed toward one son above the rest).

Most of all, Jacob was challenged by the daunting task of forging a family united, all for one and one for all, who will march forward together into history with firm resolve. In order to achieve this, Jacob must morph into Israel, the one who has struggled with men and with God, and has emerged supreme.

Moses is as close to God and perfection as any human can ever become, despite the fact that, although he is biologically a scion of the tribe of Levi, he returns into the Hebrew Family of Abraham as a cultural stranger from the palace of Pharaoh. He was chosen by God because of his innate sense of moral justice and compassion for the victims of oppression, a value he probably received from his adoptive mother, Batya bat Pharaoh.

He courageously and fearlessly reached out to his enslaved Hebrew brethren, even liberating them by overcoming their powerful captors, but nevertheless was rejected by them again and again. Hence Moses was frustrated by human companionship; by both intellectual and emotional predilection he yearned to become ever closer to the Divine, whose fellowship he desired above all.

Most of all, Moses was challenged by the daunting task of forging a nation imbued and inspirited by the divine words which would bring blessing and redemption to a recreated world.

Jacob the Abba is all too human, someone who learns much from the different people he encounters as well as from life’s varied and often bitter experiences. He desperately seeks rapprochement with his father, and he desires above all that his children be united in love.

Moses the Rav is almost too close to God, too distant from humanity; he seems to have lacked the patience and the will to truly “connect” with individual children of Israel. But undoubtedly it was his “intoxication” with the Divine which enabled him to link his “active intellect” with the supernal “active intellect” of God, and so to impart God’s Torah to his generation and to all generations.

Jacob the Abba makes mistakes, but is ultimately loved for his essential humanity.

Moses the Rav is almost perfect, and is ultimately revered for his striving after even greater perfection.

Jacob the Abba is a man of the people, who revels in and is obsessed with the family and familial relationships. His connections are horizontal, DNA inspired by God’s covenant with Isaac’s seed. Because of his own imperfections, he is able to overlook and forgive the imperfections in his family.

Moses the Rav is a person of God who is literally consumed and subsumed by His nearness to the Divine. His connections are vertical, striving ever upward, inspired by the Revelation at Sinai to reach out to all of God’s children, to all of humanity. But his expectations are high, perhaps too high to admit of easy forgiveness for Israel’s refusal to follow God’s words.

And, you see, Moses does not die alone; he dies standing upright and together with God. He is taken from this world by a kiss from the mouth of the eternal God, who imparted that Torah to His closest disciple, a Torah which he bequeathed to Israel but which ultimately is to bring blessing to all the families on earth.

And yes, we read of Moses’s passing specifically on the day of our rejoicing in our Torah precisely because it is the Torah which brings us ultimate comfort in the loss of the greatest human being who ever lived.

Moses did not die; as long as His Torah lives, He lives – through that Torah, because of that Torah. What greater life can anyone enjoy than to have people live by his teachings, from generation to generation? The Master Teacher who was not always heard in his generation is heard – by means of the Torah – in all generations.

And Moses is not buried alone; he is buried by the Almighty Himself! Yes, it is true that no one knows the place of the gravesite. May we possibly suggest that just as Torah promulgates values, ideals, and a lifestyle which will ultimately apply to everyone everywhere (Is. 2, Mic. 4), so does Moses, the person who imparted our universal Torah, belong to everyone everywhere.

If the Midrash Mechilta DeRabbi Yishmael (Yitro, Masechta De BeChodesh, Parasha 1) can suggest that the Torah was given on Mount Sinai, outside of Israel, and not on Mount Moriah on the Temple Mount of Jerusalem, in order that the Jews not tell the gentiles they are excluded from Torah – but rather let anyone who wishes to take Torah just take it and lift it up – may we not say the same about Moses’s burying place? We do not know where it is because no one sect, no single separate nation, may claim that Moses is theirs exclusively.

And so Moses goes up to Mt. Nebo from the plains of Moab, invoking the future convert Ruth the Moabite, Jewess-by-choice, who holds out the promise that everyone will one day accept the truth of Torah. And that is why we read the Scroll of Ruth on the holiday commemorating our initial receiving of the Torah. And perhaps that is also why Moses was prevented from entering the Land of Israel: just as the Holy Temple, God’s House, must be a House of Prayer for all nations, so too Moses must be seen as a teacher for all nations, and all peoples.

Jacob the Abba-Sabba forged the unique House of Israel, the family specifically chosen by God. Moses the Rav-teacher created the Nation of Israel, by bequeathing the divine words which informed and transformed the Abrahamic family into a kingdom of Kohen-teachers, who will ultimately recreate the world into a Sanctuary in which the Holy One will dwell with all humanity to all eternity.

Reeh – ‘Choose Life’: A Privilege or a Duty?