Last year, Ohr Torah Stone launched two new programs, the Blickle Institute for Interfaith Dialogue and the Beit Midrash for Judaism and Humanity, in order to address Jewish perceptions of other religions, engage in research and develop of halakhic materials related to Judaism’s approach to interfaith relations, and build relationships steeped in understanding and respect. As the programs enter their second year of activity, the number of fellows in the Blickle Institute has been expanded to eleven in order to make an even greater impact.

“There is no question that the knowledge, connections and tools I gained as a fellow in the Blickle Institute for Interfaith Dialogue last year is strengthening my work in mixed Jewish-Arab cities,” said Rabbi Matanya Yedid, director of the Mosaic Rabbis Program and one of eight participants in Ohr Torah Stone’s interfaith program last year.

Rabbi Yedid’s words were echoed by another of last year’s fellows, a congregational rabbi, who shared, “I am a much better spiritual leader today, and that is a direct result of my participation in the Blickle Institute last year. I was particularly moved by our eye-opening meeting with an imam and exposure to Muslim spiritual leadership.” 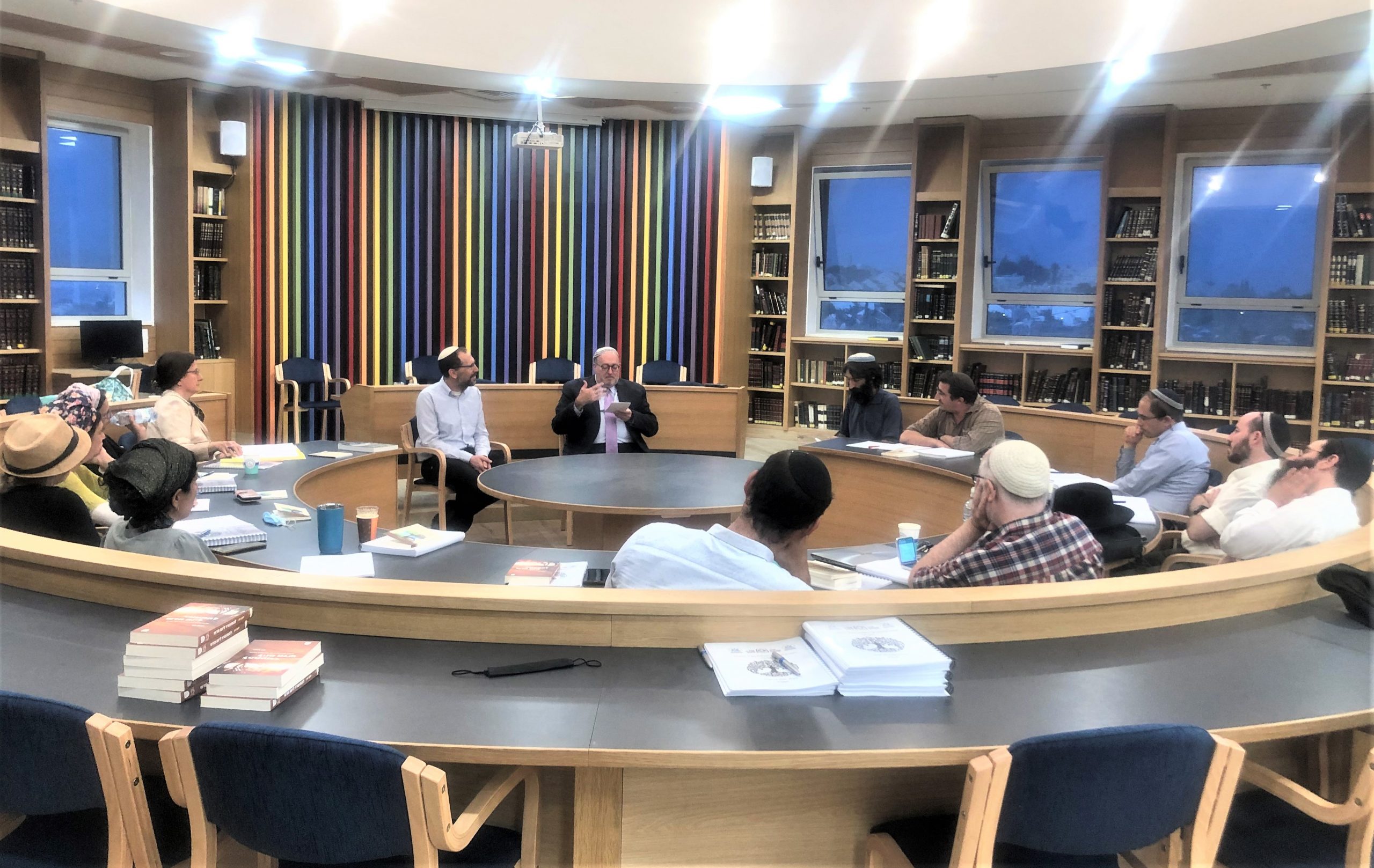 While last year’s fellows are enthusiastically utilizing the materials and concepts they attained to build new partnerships and strengthen communities throughout Israel, a new, expanded cadre of eleven Blickle Fellows launched the new academic year with the program’s inaugural session.

The new group represents the broad spectrum of Orthodox Judaism in Israel, ranging from Haredi to Modern Orthodox, including Sephardim and Ashkenazim, liberals and conservatives.

“The more diverse the fellows, the greater impact they can have,” maintained the institute’s director, Rabbi Dr. Yakov Nagen. “Over the course of the year we will learn both together and from one another as we examine the relationship between Judaism and other religions with an emphasis on Islam, Christianity, and non-Jewish minorities in the State of Israel.”

“The more I learn, the better equipped I will be…”

The first meeting served as an introduction to interfaith dialogue, based on the contrasting approaches of Rabbi Joseph B. Soloveitchik, who stressed the uniqueness of each religious community, with Rabbi Abraham Joshua Heschel’s approach that all religions need each other in order to weave a universal story.

“It is crucial that we investigate this important subject,” declared Rabbi Dr. Michael Ben Admon, director of OTS’s Maarava program, which trains rabbis as emissaries to Sephardic Diaspora communities. “It is so important for us as rabbis, teachers and citizens to get to know people from Muslim and Christian backgrounds and work together to advance a vision of peaceful coexistence.”

New Blickle fellow Rebecca Abramson also believes strongly in the importance of increasing awareness and building bridges. “I live in a Haredi community, have close contact with other communities outside of mine, and co-direct AlSadiqin, an organization that researches the common heritage of Islam and Judaism,” she related. “The more I learn about interfaith dialogue, the better equipped I will be to build sensitivity within my community and others.”

The new cadre also heard from OTS President and Rosh HaYeshiva Rabbi Dr. Kenneth Brander. “In order to move past our distrust and build a stronger society, it is imperative that we create a new language, based in halakha, of understanding and respect towards other religions and the minorities in our midst,” he maintained, explaining the rationale behind the creation of the Blickle Institute as well as the adjacent Beit Midrash for Judaism and Humanity, which is dedicated to halakhic research on how Judaism perceives other religions, what the Jewish people’s responsibilities are toward the nations of the world, and what halakha says about how the Jewish State treats its minority citizens.

As the Beit Midrash for Humanity is engaged in the creation of a new language, the Blickle Institute aims to disseminate that language through education, lecturing and writing.

In addition to its central mandate of expanding fellows’ knowledge and strengthening them in their roles as educators and leaders, the Blickle Institute also teaches on interfaith relations throughout the various post-high school institutions at OTS, including a weekly course on “Judaism and Humanity” at the Robert M. Beren Machanaim Hesder Yeshiva. “The course at Machanaim is for first- and second-year students who are preparing spiritually and physically for IDF service,” related Nagen. “Part of their yeshiva experience is building their worldview, and that includes their conception of the relationship between Judaism to non-Jews in all spheres.”

The Blickle Institute also presents lectures to external institutions, spiritual leaders and groups, addressing the responsibilities of the Jewish people to others and the status of other religions according to Jewish thought. “We strive to engage as many people as possible in the discourse of these critical issues and share our knowledge and experience so that our leaders and educators give their attention to learning about interfaith issues from a Jewish perspective,” said Nagen.

PrevPreviousMakor Rishon – “In the USA, even conservatives support it”
Next“Shabbat Shalom” – Parshat Vayera 5782Next