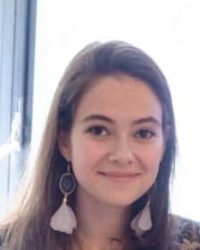 Originally from France, Marina Rivline was a student in Midreshet Lindenbaum‘s Overseas Program from 2015-2017, officially making aliya in 2016. Marina performed Sherut Leumi in the Israel Police Forces and is currently finishing a degree in Law and International Relations at the Hebrew University.

Parashat Ki Tetze is an extremely dense parasha. Moshe reaches the end of his main speech in the plains of Moav in the 39th year of wandering in the desert. He addresses the new generation of Bnei Israel, about to enter the Land of Israel, the children of those who left Egypt and were at Mount Sinai.

If Moshe’s speech is at times historical and general, Ki Tetze holds a very legal aspect. It has an astronomical number of laws and topics, famous ones such as the beautiful captive, rebellious son, sending away the mother bird or remembering Amalek.

One of these laws is the law of Yibbum, the levirate marriage (Devarim 25:5-10). It is alluded to in the story of Yehuda and Tamar (Bereshit 38:8) yet appears for the first time as a command in our parasha. The command is as follows: when a man dies without children, his brother marries the widow. The general rule prohibiting the union of a man and his brother’s wife is pushed aside.

The text in Devarim points to one of the main purposes of Yibbum (though not the only one): the perpetuation of the deceased’s name, “that his name may not be blotted out of Israel” (25:6). But how is a name perpetuated? How is a legacy of a deceased kept, enriched, passed on?

“If brethren dwell together…’’ (Devarim 25:5). The starting point of Yibbum is brothers living together. If one stops and ponders over those three words, endless family stories appear, carrying the complexity and beauty of familial cohesion, the uniqueness and differences of siblings, their closeness and distance. The text insists: these siblings dwell together.

The Sages will learn from these words that the brother born after the death of his brother does not do Yibbum (Mishna Yevamot 2:1). This makes sense, only a brother who dwelled with his sibling would know how to perpetuate a name. To truly know what the deceased carried, they must have lived together. They must have experienced their differences, their common, but separate identities.

The Torah is aware that not all men would accept Yibbum. Yet if the psukim give a way out of Yibbum, the Halitza ceremony, it appears clearly that the Torah regards it very negatively. The very essence of the ceremony is a humiliation of the brother refusing to do perpetuate his brother’s name.

On the one hand, it seems that the Torah recognizes a man would not agree to sacrifice his own identity for his brother’s, or that he would refuse to shake the family unit so far as to marry his brother’s wife. On the other, the Torah disapproves of the refusal.

If the Torah itself is ready to pay prices to perpetuate the deceased’s name, to allow what would be generally considered one of the gravest sins (arayot), there are limits to the shaking of families. Indeed, Masechet Yebbamot opens with the cases in which there is no Yibbum. It lists situations in which the widows are connected to the living brother, making their union prohibited and cancelling Yibbum (such as a widow who is the daughter of the surviving brother. If there was Yibbum, she would marry her father).

Even more interestingly is the rule that the Tzarot – the other widows – although they are not prohibited to the living brother, are exempt from Yibbum.

Perhaps what is at stake here is the inner dynamic of the family. A family dynamic in which the union of husband and wife is incestuous, such as a father and a daughter, can easily be understood as problematic. Yibbum breaks the common family rules, allows for a man to marry his brother’s wife, but it does not allow for more.

Regarding Tzarot, one can suggest it is still meant to protect the family dynamic. The Tzarot knew the other widow, they shared the same house, the same husband. Their relationship with her, and their connection to her would make the new marriage through Yibbum unbearable.

The Torah allows the unthinkable – Arayot – to perpetuate a name. Yet it has limits, the perpetuation is not at all costs, perhaps to protect family dynamics.

It is fascinating to notice that the famous Mishna describing the Houses of Hillel marrying women from the House of Shammai and vice versa despite their fundamental disputes, appears (amongst other places) in our very context! Beit Shammai disagree and allow for the Tzarot to marry the living brother.

The surprising historical note of the Mishna regarding the marriages of Beit Hillel and Shammai – interrupting the legal flow – is perhaps hinting to the learner: in thinking about these complex family dynamics, in limiting Yibbum situations, do not think all limitations to marriage are valid.

Halakhic disagreements are maybe another extreme of complicated family dynamics, yet they do justify limiting the creation of those families. The Torah was ready to bend its general rule for another goal, but it is not to be bent more leniently – allowing for other shakings of family dynamics; nor is it to be stricter – adding limitations to marriages because of Halakhic disagreement.