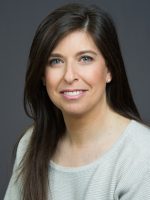 Moshe and Aharon were more than siblings. They were a team.  After all, it is Aharon that paves the way for Moshe’s reluctantly conceding to lead B’nai Yisrael out of slavery. While Moshe may have been the leader chosen by God, he needed Aharon to stand by his side and convey his message. For this to work, the synergy and collaboration between the two of them would have to be perfect.  And for many years it was. Moshe and Aharon, worked together, as a team: Aharon bringing forth the initial plagues and Moshe carrying out the final plagues.

And then we arrive at a subtle breaking point, or perhaps a shift in what had been a cohesive team. In this week’s parashat Tetzaveh, we start to see a separation between the two, as Aharon and his sons are invited to carry on the work of God through the Kehuna, and Moshe’s children are left with no specific leadership role in this new stage of life for B’nei Yisrael. Moshe does not yet know it, but he will not lead the people into the land of Israel. In contrast, Aharon and his progeny will continue to be central to the spiritual story of B’nai Yisrael from this point onwards.

The text also makes a literary gesture towards this shift. Moshe’s name is entirely absent from this parasha.

Yet, Moshe’s presence nevertheless looms large, in a new and different way. Moshe is to oversee the crafting of the beautiful garments that the Kohanim will wear. Even more poignantly, Moshe is commanded by God to personally raise up his brother and nephews for this new position. Unlike other tasks that would be delegated to craftspeople, this transition is presented as a command from God that Moshe – and only Moshe (ve’ata) – can fulfill.

As God instructs Moshe to elevate Aharon and his sons to this new role, Aharon is always referred to as Moshe’s brother, achicha, reminding us of the brotherhood and partnership that was the hallmark of their relationship for so many years.

I have often wondered, what might Moshe have been thinking as he facilitated this transition?  Was he able to step into the role of loyal brother and experience joy for his brother Aharon who was finally now coming into his own as a leader? Was there a tinge of jealousy or loss, as he recognized that Aharon, once his supportive partner, would now be leaving his side and entering a new phase of service to God and not him?

I’d like to believe that Moshe Rabeinu, in his great wisdom, embraced this transition. That he understood that their years of working as a team were actually preparation for this very moment. Moshe, as a prophet, teacher and leader must have intuited that while he needed Aharon as support in those early years as he was growing into his own leadership role, it was now time for Aharon and his sons to chart a new path. This short episode in our parasha paints Moshe and his leadership in a new light, teaching us that sometimes simply being able to make room for others is the mark of a true leader and team player.