Understanding Communities by Visiting Them

“As important as our classroom work is, the only way to really understand other communities is to visit them,” says Rabbi Dr. Yakov Nagen, director of OTS’s Blickle Institute for Interfaith Dialogue and Beit Midrash for Judaism and Humanity, whose fellows set out to meet people of other faiths and learn about their experiences and perspectives directly from them.

A Christian German resident of Jerusalem whose children serve in the IDF. A Bedouin Muslim woman who was illiterate when married off at the age of 14 but eventually attained a university degree.

These are just two of the Israelis that this year’s fellows in the Blickle Institute for Interfaith Dialogue and the Beit Midrash for Judaism and Humanity met during two field trips in March; one to Christian sites in the Old City of Jerusalem, and the other to Rahat – the largest Muslim city in Israel.

“As important as our classroom work is, the only way to really understand other communities is to visit them,” says Rabbi Dr. Yakov Nagen, who directs both programs. “We set out to meet people of other faiths so we could hear directly from them about their experiences and their perspectives.”

The Christian Experience of Jerusalem 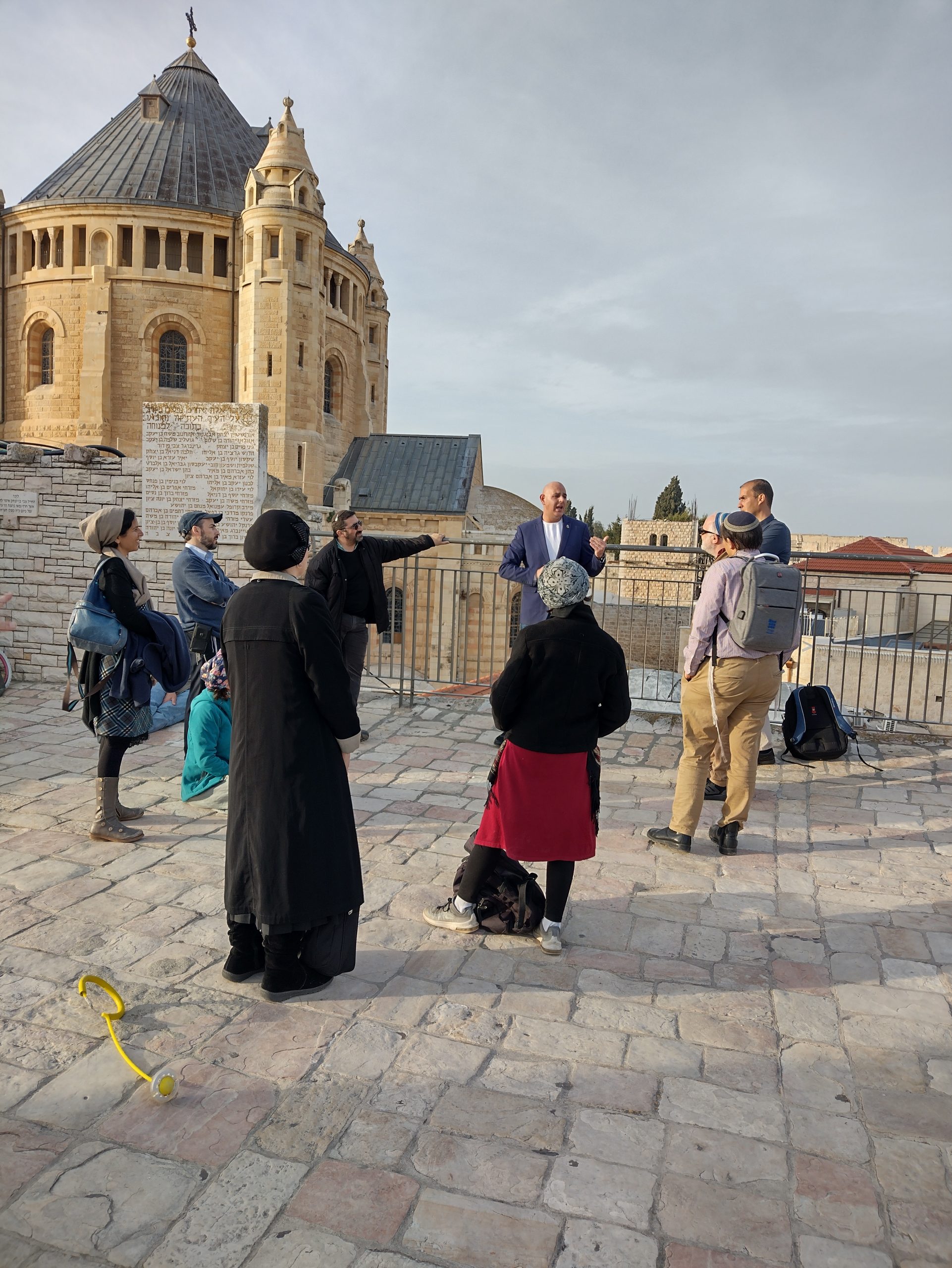 Jerusalem is central in the hearts, minds and theology of Christianity, yet most Jews give little if any thought to the significance of Jerusalem’s religious sites to the Christian community. Through walking in the footsteps of a Christian making a pilgrimage to Jerusalem and meeting local Christian leaders committed to Jewish-Christian relations, the Blickle and Beit Midrash fellows gained an entirely new perspective on the city they love and the diversity of its residents.

The grandson of righteous Germans who hid Jews during the Holocaust, German native Johannes Gerloff originally came to Israel to volunteer with survivors. Now fluent in Hebrew, the journalist now lives in Israel, and has been covering Middle East affairs since 1994. Gerloff is committed to educating German Christians about Israel and spoke with the fellows about the significance of his children serving in the IDF, as well as his strong connection to the Garden of Gesthemane, believed to be the place where Jesus spent his last night before he was crucified.

“Just as Jews have specific sites which are considered places of prayer, the Garden of Gesthemane is a holy site of prayer for me and other religious Christians. However, I think there are universal messages, as well: in many ways, this site represents the beginning of biblical awareness for both of our religious groups,” he said.

The group also met Elias Zarina, a Christian Arab who grew up in East Jerusalem. Zarina shared the challenge of how Israeli Christian Arabs identify themselves in place where the rhetoric is dominated by Jews, Muslims and Palestinians, opened the eyes of the group to the strengthening of Israeli identity among younger Arab Christians in Israel.

Steven Khoury, co-Pastor of the First Baptist Church in Bethlehem, and Pastor Ziyad Bannoura, a senior Elder there, discussed their religious faith with the fellows, and spoke of their work with the Christian community in the Muslim-majority areas under Palestinian Authority. The group was especially moved by Pastor Bannoura’s personal story of transformation from someone raised to hate Jews to someone who now believes that Jews have a right to the land, and how he now uses his influence to help spread coexistence and build positive relations. 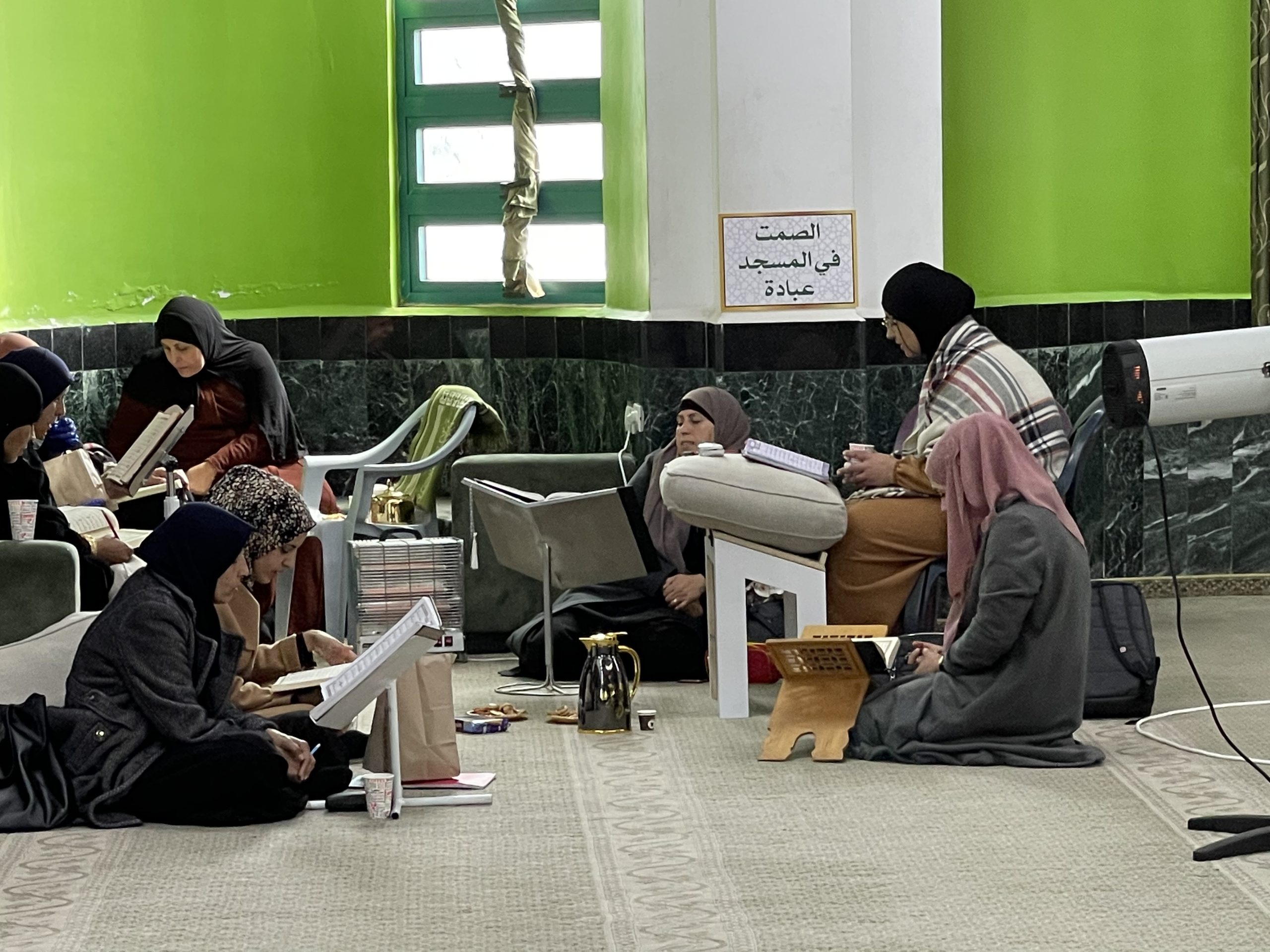 Just two weeks later, the fellows’ preconceptions about Muslim society were enlightened through a visit to Rahat, the largest Muslim city in Israel with 80,000 inhabitants.

The fellows’ visit was launched at a thriving center for women’s Quran studies which was originally established in the living room of Sheikh Jemal Al Ubra, the main imam of Rahat – a devout preacher of moderate Sunni Islam who works hard to raise his children and congregants to foster peace over extremism. Today, the women’s center boasts many students of all ages – many of whom were raised by mothers who were illiterate – who are devoted to closing the knowledge gaps between Bedouin men and women, and between Bedouin and other Arab women.

Next stop was a visit was a large local high school, where students and staff expressed unequivocally that Israel is their country. “We want to be here; Israel is the best place for us and we want to contribute to the State,” declared one teacher. “First and foremost, we are human beings. We accept everyone and we will always welcome you here.”

From Polygamy to Faith and Forgiveness 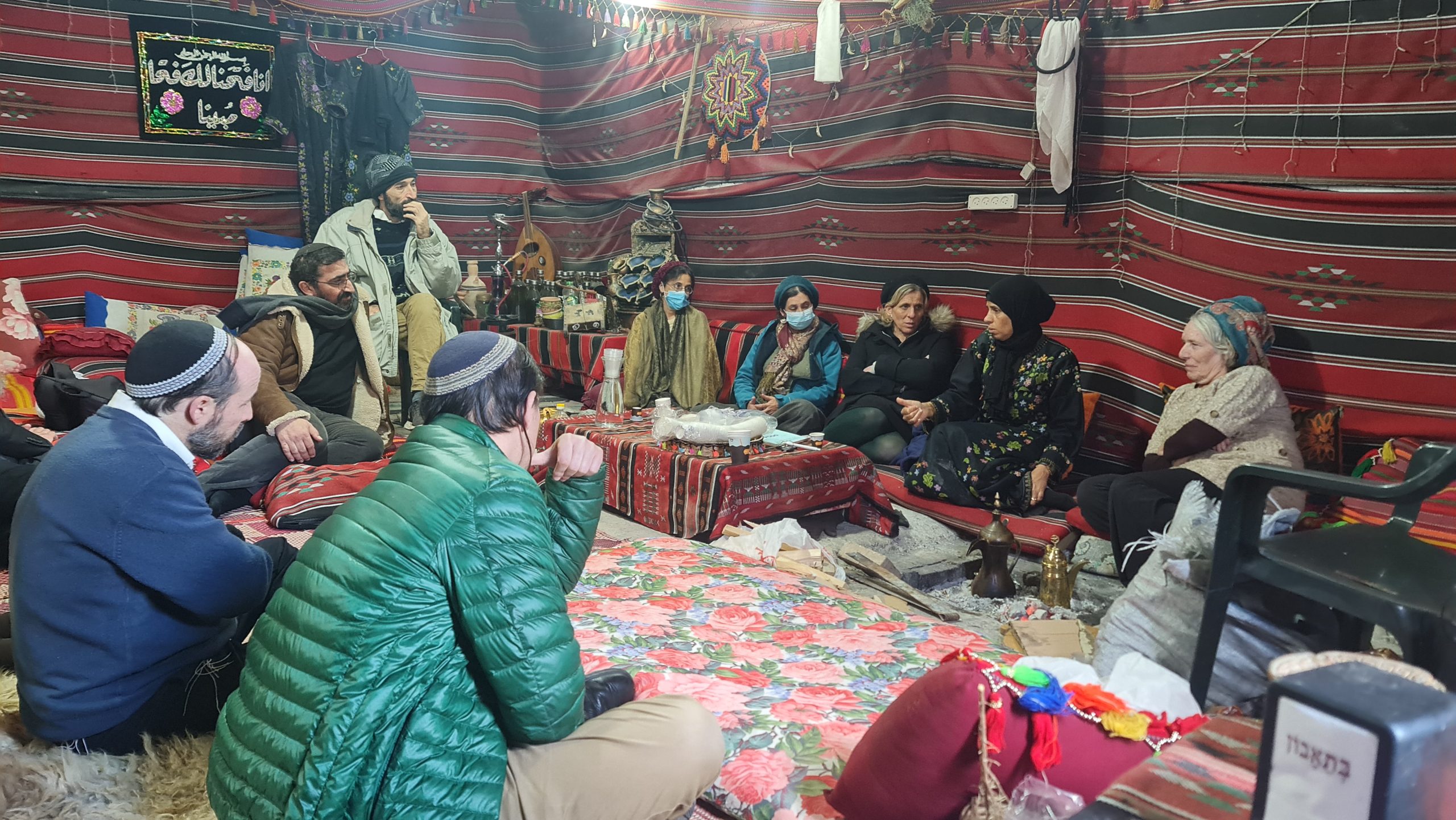 After hearing a bit more from Sheikh Jamal Al Ubra about his work, the group set out to hear the inspirational story of Fatma Jamali. Born in Gaza, Jamali was married at the age of 14. Although she was not taught to read or write, she fought to educate herself, eventually completing a university degree. Jamali runs a Bedouin tent – an unusual activity for a woman in conservative Rahat – where she gives presentations and facilitates discussions with visiting groups in an effort to break down preconceived notions and strive toward coexistence.

When asked about her community’s relationship with Israel, Jamali said, “We don’t want to go to the army. We don’t want to choose sides; in that sense, we can serve as a bridge.” And as she shared with the group how Bedouin society was slowly changing (“women are confronting the heads of their families and asserting their needs”), her frank conversation with the group included topics ranging from polygamy to faith and forgiveness.

“It can be difficult to know what is diplomacy and what is authentic,” reflected Rebecca Abramson, a fellow in the Blickle Institute. “When in unfamiliar territory, one indication of authenticity is self-sacrifice. Another is public admission of the community’s shortcomings. Fatma Jamali was an inspiration in her ability to adapt, grow, overcome and even forgive.”

Abramson added, “These meetings are revealing an enormously adaptable side of Islam, Bedouins, and Israeli Arabs; maybe even the adaptability of people in general, like you and me.”